The Haystack architecture is designed on the distributed design principles of building decentralized and decoupled systems. To enable that, we have used Apache Kafka as the nervous system that helps us achieve the following architectural principles in the Haystack server: 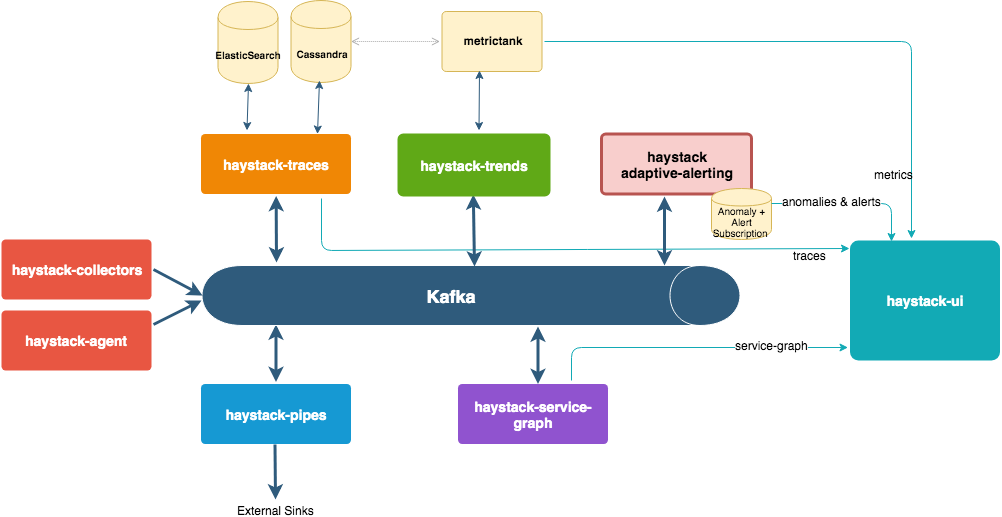 We provide client components for the client applications or microservices that send trace data to be recorded by the haystack-agent subsystem:

We provide the following six subsystems within the server:

And we provide User Interface components for viewing and analyzing trace data: